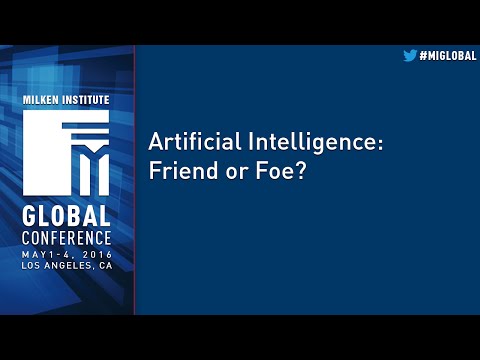 Shivon Zilis, Partner and Founding Member, Bloomberg Beta
It was fun to watch IBM’s Watson beat a human on “Jeopardy” in 2011, and we smiled when Apple’s Siri answered her first question. But as computers and machines become more powerful, faster and able to make decisions on their own, is this brave new world of artificial intelligence a triumph of human ingenuity or, as some fear, the beginning of the end of humankind? Some of the world’s most influential figures warn that artificial intelligence could advance to the point where we can no longer control it. They call for regulatory oversight, strict ethical guidelines and a ban on superintelligent computers. Others say such concerns are vastly overblown, that we are hundreds of years from having computers that are more intelligent than humans and that the benefits to society vastly outweigh the potential downsides. This session will explore the latest advances in AI and try to answer the question: beneficial or malevolent? 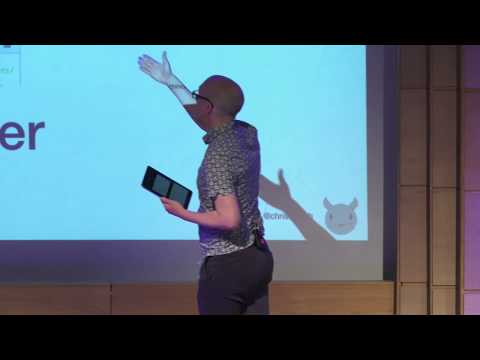 More about the conference: www.soapconf.com.

About the talk
There have been a handful of discussions around the impact of artificial intelligence and machine learning on the Documentarian. Will it replace the work we do, supplement it, or present us with new opportunities and tools? In this presentation, I survey the landscape and provide an overview of the present and potential future of technical writing alongside our artificial overlords. I will look at tips and tricks for writing for conversational interfaces, and the opportunities for our community. I will show prototypes of integrating a growing number of tools for building bots on top of existing documentation and ponder in which contexts they might be useful, and if they are worth it. I will look at tools that help us write and manage knowledge better, and wonder who is in control of who? I will look at the traditional academic areas of linguistics, how NLP sits alongside them, and how documentarians can sit perfectly in the middle. 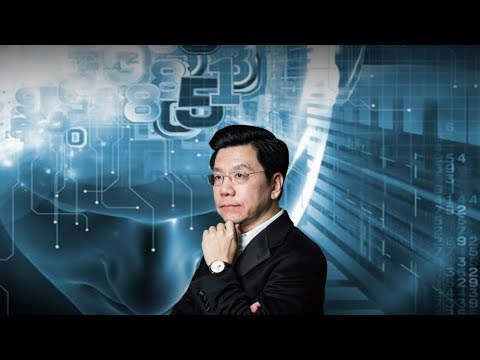 Kai-Fu Lee determines if AI is friend or foe

Tian Wei speaks with venture capitalist and tech guru Kai-Fu Lee, who helps us understand the onset of AI. He explains which jobs are vulnerable to AI and how AI can help humans as well. 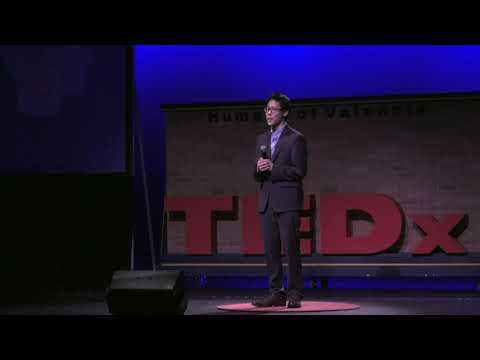 The ubiquity of technology in the 21st century poses a dilemma for the future of all of mankind, one that can and must be addressed now. In the Information Age, we can’t escape the presence of technology, with Artificial Intelligence (AI) beginning to make its mark in the world. Common myths depicting AI in fictional form simply attests trek of technology throughout history , though it doesn’t quite capture the computational power of AI, as well as the risks involved. At the end of the day, the dilemma of AI out-competing humans in the industrial workforce can and must be addressed, with members of the status quo guiding technological evolution towards a future of complementing co-existence. David Lee is a junior at Valencia High School who has yet to shy away from the challenges posed by the IB and ValTech programs. When not socializing with his closest friends, playing street basketball, or out in the archery range nailing bull’s eyes, you’ll likely find this learning-enthusiast sitting in front of a computer screen staring at hundreds of lines of code. While immersed in the world of technology, David also often finds himself lost in artistic thought, with his musical passions willing him to play the cello for local orchestras and his eyes for graphic design yielding his position as an editor-in-chief of Valencia’s publication group called El Tigre. As he continues to embark on the next stages of his education with excitement, he hopes to explore the technological industry, possibly even developing and researching technological improvements that would transform the lives of every individual in his community and in his world. This talk was given at a TEDx event using the TED conference format but independently organized by a local community. Learn more at https://www.ted.com/tedx 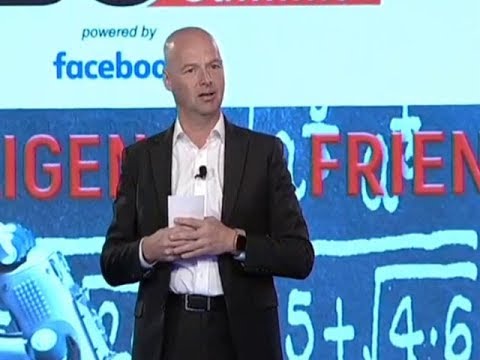 ► For business news on the go, download ET app:
https://etapp.onelink.me/tOvY/EconomicTimesApp 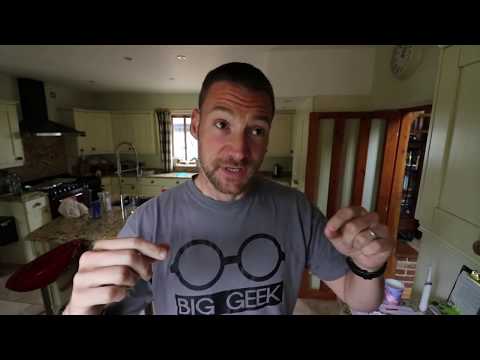 Future of AI – friend or foe

Support my vlog on Patreon:
https://www.patreon.com/jamescooke 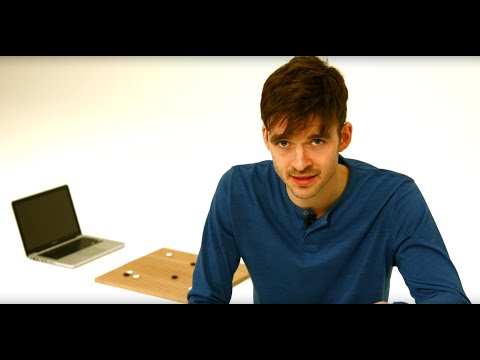 Artificial intelligence is coming – so how’s it going to change our reality?

In March of this year, Google’s artificial intelligence, AlphaGo, beat one of the top human intelligences, Lee Sedol, at the strategically mind-boggling board game Go.

Experts had thought we were years away, but the computer played elegant, creative moves to outfox a Go master. So are we on the brink of an AI revolution? I asked Dr Peter Bentley, a computer scientist from University College London, for some expert insight:

Peter Bentley, a computer scientist at University College London, says “since the beginning of artificial intelligence research, one of the main ways that we have tested the intelligence of our computers is to ask them to play games with us, and the progression towards the recent victory has been a long one. But in all of these cases playing games is a hugely simple task.”

In a game there’s a clear ‘winning’ outcome and it’s a closed environment, so the spectrum of possibilities can be accurately predicted. A Go stone will not suddenly turn into a chess piece, for example, or a sausage. Google wants to transfer AlphaGo to real world situations, like medicine. So how does an AI brought up on boardgames hold up in the real world?

Bentley also states, “one of the things that’s coming through now is an increasing use of computers to do creative things, that’s computers composing music, creating artwork, doing exotic special effects in movies – all sorts of really unusual things that we might not think of but a computer does think of it – for a long time there’s been a long debate what is creativity? Could a computer ever be creative? And the news is yes it can be. Not only can it be creative, it can do things that really amaze us and make us think, holy crap I wish I’d thought of that.”

Artificial intelligence will change our lives. Already AlphaGo’s first victim says he’s learned to play better by playing against the machine. Imagine what we will learn as AI is unleashed onto our world.

If you enjoy my content feel free to donate @ https://www.paypal.me/HassanCampbell 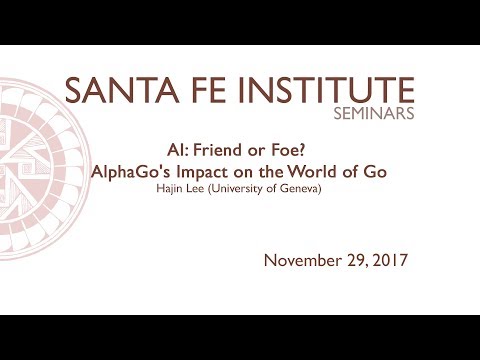 AI: Friend or Foe? AlphaGo's Impact on the World of Go

Go is an ancient board game from China that dates back over 3,000 years. Over the last 500 years – since the beginning of the professional system in Japan – Go masters have dedicated their lives to understanding Go strategy, building upon the knowledge and wisdom established by top players in previous generations. Professional tournament systems in Japan, China, and Korea have supported the careers of numerous players. In 2016, Google DeepMind shocked the world by demonstrating AlphaGo, a computer AI that defeated a world champion for the first time in history. The rise of superhuman-strength AI has forced Go players to rethink the mission of professional players. If AI can show us the ultimate strategy, why should anyone dedicate one’s life to studying Go? At the same time, AlphaGo’s moves are inspiring professional players to take their games to the next level, revealing powerful new strategies and reviving old techniques that had fallen out of favor in contemporary Go. I will discuss the impact of Go-playing AI on the world of Go from the perspective of a former Go professional and organizer of the Google DeepMind Challenge Match. 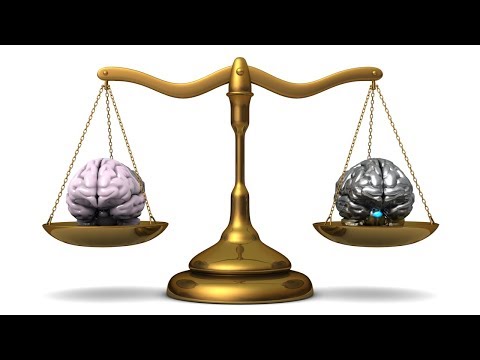 Will AI destroy jobs, hand more power to tech companies, and endanger the human race? Or will AI enhance our lives and allow us to survive and thrive in the face of grand challenges ahead?

You can download a free pdf sampler of my book “Digital Genesis: The Future of Computing, Robots and AI” from: http://explainingthefuture.com/genesis.html

If you enjoy this video, you may like my video “Explaining AI”: https://www.youtube.com/watch?v=W2ey_4_DHuc

And this video on the “Drivers of Digital Transformation”: https://www.youtube.com/watch?v=uIIARnQD5c4

More videos on future studies are available from: http://www.youtube.com/explainingthefuture 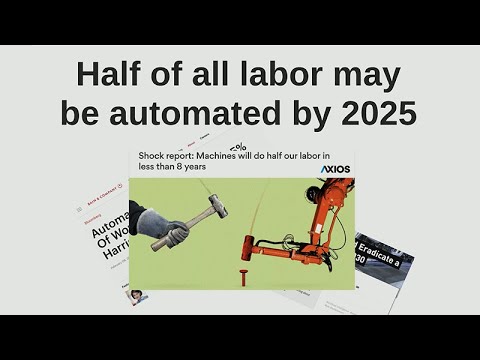 Shaping a 21st Century Workforce – Is AI Friend or Foe?

Jennifer Granholm, former Governor of Michigan, identifies some of the most interesting policy ideas to address the problems of displaced workers, the skills gap and resulting inequality in an age of robots and artificial intelligence. Granholm teaches Public Policy at UC Berkeley’s Goldman School and is the chair of the American Jobs Project, a multi-state research initiative on creating industrial clusters in clean energy. Recorded on 11/09/2018. Series: “UC Berkeley Graduate Lectures” [1/2019] [Show ID: 34013] 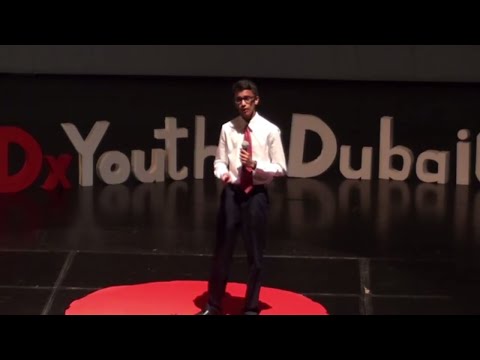 We all think about Artificial Intelligence and its development as a project capable of changing the world. Shrish explores whether this change is one for the good or the bad.
Takes a keen interest in Artificial Intelligence and its relevance in the future. This talk was given at a TEDx event using the TED conference format but independently organized by a local community. Learn more at https://www.ted.com/tedx